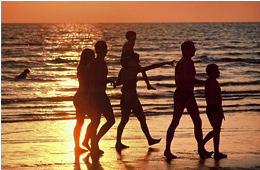 The Industrial Revolution had a major effect on how the art of Pharmacy was practiced. The making of medications by hand almost became extinct when scientific developments through the use of machines developed. Phytochemistry and synthetic chemistry created new derivatives of old drugs and new chemical entities of medicinal value that strained the capacity of the individual pharmacy.

The result of the Industrial revolution was Pharmaceutical Companies. These companies were founded to manufacture drugs in mass quantities. Pharmacies then worked with companies such as G.D. Searle, which by the late 1880’s listed 400 fluid extracts, 150 elixirs, 100 syrups, 75 powdered extracts and 25 tinctures and other drug forms. With the increase number of pharmaceutical companies being formed patents were created during the industrial revolution.

The industrialization of the medical industry had an impact in every aspect in the medical community. First, it led to the creation of new drugs. These new drugs could not be created by pharmacists because they did not have the resources to create them. Second, drugs that could be made by the local pharmacist could be made in a more economical manner by the larger companies in a purer form. Third, pharmaceutical companies assumed responsibility for the quality of the medication they were producing. Finally, it opened the market to more competition from merchants and grocers that pharmacies had not occurred before.

During the Industrial Revolution and the nineteenth century, the art of compounding was not dead, although the number of pharmacists practicing it declined. It has been estimated that eighty percent of the prescriptions dispensed in the 1920’s required a broad knowledge of compounding. During this time, however, pharmacists increasingly relied on the purchase of chemicals from manufacturers in order to fill these prescriptions. Pharmacists still spread their own plasters, prepared pills, powders, and made up medicated waters. They also frequently combined a single dosage from several medicines that today would be written and dispensed as separate prescriptions. During this time period, pharmacists were also called upon to provide first aid and medications for common ailments such as burns, frostbite, flesh wounds, poisoning constipation, and diarrhea. Therefore, they still maintained a prescription laboratory, but also carried the pharmaceutical companies medications as well.